Cinnamon, the herbal medicine and famous spice in any cuisine is very beneficial when it comes to health. Cinnamon is the bark of a tree and comes in many different varieties: Cinnamomum verum (Ceylon cinnamon) and Cinnamomum aromaticum (Cassia cinnamon or Chinese cinnamon). The one you get as a spice is a combination of both these varieties.

Generally used for sexual problems like premature ejaculation and tooth pain, there are many unexplored uses of cinnamon which you will read in this article:

Cinnamon when mixed with plain water and consumed as the first drink every morning, is a proved blood sugar controlling agent – it controls your blood sugars and helps maintain them as well. 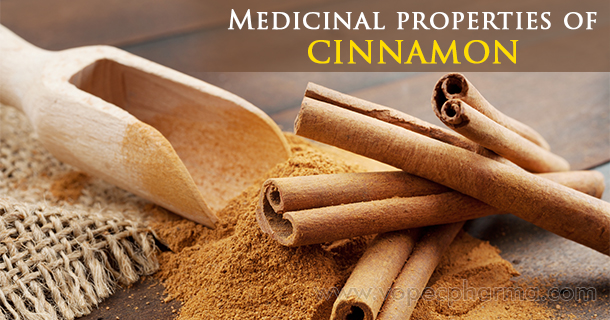 Like it is most commonly used, cinnamon can chase away any infections, be it in the mouth or skin. A tiny portion of cinnamon powder applied to rashes or your teeth or infected places can cure it up immediately.

For men who suffer of premature ejaculation, applying cinnamon paste on the penis helps, according to scientific researches.

Adding cinnamon powder to your salads or food will help produce good bacteria in your intestinal gut and keep your stomach lining away from infections. It will also stimulate the digestive juices and make it easier for you to digest even complex carbs.

5. The great medicine for IBS

Cinnamon is the best remedy for Irritable Bowel Syndrome. Patients suffering from IBS need not depend on external probiotics and can consume cinnamon powder for best benefits.

Cinnamon and honey together can make the best hair mask for stimulating faster hair growth. Not only that, it will also remove dandruff and other itchy scalp conditions and give you a healthy scalp!

Cinnamon has higher levels of magnesium and when mixed with blood can strengthen your bones, ligaments and tissues. If you’ve been suffering from arthritis conditions or have been complaining of aches, then cinnamon could be your best friend!

Cinnamon is the best food preservative. Its bark form can be used as such as a preservative. You can add it to your favorite sweet/delicacy box and save your food from ants and other pests.

Cinnamon also takes away the bad smell from a room. Placing a bark of cinnamon in the corner of a room or using room fresheners made of cinnamon will prove very effective.

Drinking cinnamon water as the first drink in the morning on an empty stomach will reduce your body weight drastically. It increases the blood flow and increases your metabolism, thus burning calories at a higher rate than usual.